A photo of Lou Williams and Jack Harlow surfaced on the internet yesterday… and NBA Twitter went crazy. What were they doing you may ask? They were at a strip club. And it wasn’t just any strip club. It was Magic City.

The funniest part of this whole story was Jack Harlow’s attempted cover-up. Shortly after Harlow posted to his story, he realized that he had royally fucked up, and followed up by tweeting, “This was an old pic of me and Lou. I was just reminiscing cuz I miss him.”

Now, you’re probably asking yourself, “Isn’t that the NBA-issued mask that Lou Williams is wearing?” …Yes, yes it is. The mask that every NBA player received AFTER they entered the bubble.

Jack Harlow thinks he’s slick. Although, it’s not far-fetched to reminisce about a strip club experience. (If I ever go to one, I’ll hold onto the memories for a lifetime.)

When the news broke, it was pretty funny to see legit reporters covering this story. I never thought I’d see Ramona Shelburne tweeting about a gentlemen’s club:

We also got a tweet from Shams, which was probably the first AND last time he’ll tweet about Magic City:

Imagine if we had Woj tweeting out some of the strippers’ names? He’s probably the only insider with sources at Magic City.

Before Williams had exited the bubble, he told the NBA his absence was related to “family matters.” I guess Lou thought he could pull a fast one on Adam Silver? Or maybe he considers the Magic City staff to be family? I’m sure he calls some of the dancers ‘Mami’ from time to time.

After news got out, I’ll bet there was jealousy from other players. James Harden is probably still fuming in his hotel room. That man has now gone two weeks without seeing an ass clap in front of him. Imagine the withdrawals.

This whole thing isn’t a great look for Williams, or the NBA. Alex Caruso missed his sister’s wedding to stay in the bubble. Meanwhile, Lou couldn’t go more than two weeks without hot wings and ass. If there’s anything I’ve learned from this bubble, it’s that NBA life is rough. Very rough.

Walt Disney did these players a major disservice by not building a strip joint in downtown Disney. Some nerve. And Adam Silver better think of solutions quick. Otherwise, we’re going to see a laaaarge spike in covid cases. 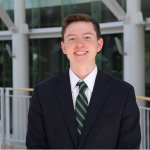