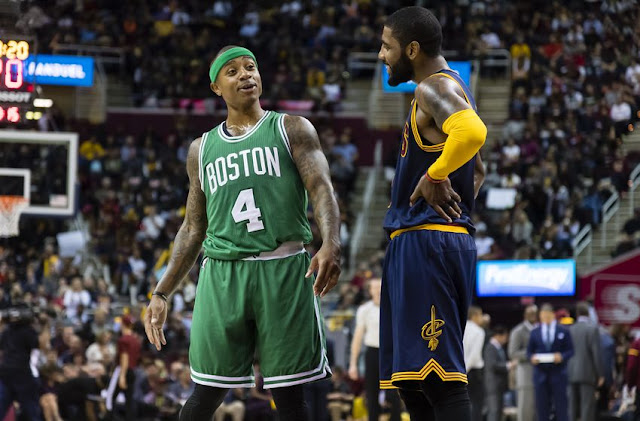 A year ago, Celtics general manager Danny Ainge turned the NBA universe upside down when he reached a blockbuster agreement to acquire disgruntled Cleveland Cavaliers guard Kyrie Irving. The deal sent Celtics star point guard Isaiah Thomas, wing Jae Crowder, center Ante Zizic and the Brooklyn Nets first round pick to Cleveland and drastically shook the future of both franchises, now a year after the trade, I’ll dive into the deal with my reaction and why I believe the Boston Celtics made out like bandits.

Initially, the deal was seen as a major win-win for both sides. The Cavs received a huge haul for Kyrie, who at the time was threatening to have knee surgery and sit out the 2017-18 season as his relationship with LeBron and Cleveland’s front office had begun to sour. The return they got seemed to add to their depth problem with a back-up wing like Crowder who could guard three positions and shoot 40% from three and also gave them a long-term insurance plan on LeBron if he left Cleveland that coming offseason. All of this being accomplished while only receiving a minor drop off in talent from Irving to Thomas, so they thought. On the flip side, the Celtics had finally pulled the trigger on acquiring an All-NBA talent after sitting on a treasure-trove of assets since their rebuild began. Now linked up with fellow free agent signings Al Horford and Gordon Hayward as well as young guns, Jayson Tatum and Jaylen Brown the Celtics were now seen as the biggest contenders to LeBron’s streak of seven straight NBA Finals. These two initial thoughts obviously didn’t pan out as analysts and insiders believed and I’ll dive into that, beginning with the Cavaliers and how this deal went so wrong for them.

When Cavs general manager Koby Altman made this deal he thought he was getting a whole lot more. Beginning with Thomas, the Cavs thought they’d picked up their next compliment to LeBron, a 29 point per game scorer who had just lit up the NBA playoffs with incredible 50 point performances and clutch moments. That Isaiah Thomas has been missing for over a year now. The new IT4 returned to the court from offseason hip surgery on January 2, 2018 and soon after the problems began to surface and unravel on him and the Cavs. Thomas had lost a significant portion of his athleticism that made him such a dynamic scorer and finisher at the rim as it quickly became evident he rushed back too quick from his offseason procedure. Later he failed to gel with teammate LeBron James and at times was seen throwing his hands up for the ball and was visibly frustrated with the Cavs coaching and gameplan decisions, including times he went to the press and questioned coach Tyronn Lue’s discipline and choices when it came to practice. These difficulties finally boiled over on February 8th when Cleveland decided the problem was irreparable and he was dealt to the Los Angeles Lakers for Jordan Clarkson and Larry Nance where he finished the season averaging 15.6 ppg in one of the most stunning falls from grace we’ve seen for a sports star in recent memory.

As for the rest of the deal, that too went up in flames. Jae Crowder was shipped off at the deadline to the Utah Jazz as part of the Rodney Hood deal after his production was a shell of that in Boston as he shot 32% from three and lost a full five points a game from his scoring average (8.6) as Cleveland attempted to revamp it’s troubled roster to reach the NBA Finals once again. Ante Zizic remains a serious project and failed to make anything resembling a contribution last season as he averaged 3.7 ppg but still has potential at only 21 years old. Finally, the Brooklyn Nets lottery pick ended up no where near what they hoped it to be as they selected University of Alabama guard Colin Sexton at pick number eight in the 2018 NBA Draft. Most of all besides the haul of this deal, the Cavs lost because this trade, and the disaster it created helped contribute to this offseason and them losing LeBron. If they’d retained Kyrie and played hardball, or swapped him for another star like Paul George last offseason LeBron would’ve at least considered staying in Ohio rather than bolting for Los Angeles.

As for the Celtics, to put it simply they made out of this deal like bandits. Kyrie is a foundational piece for this team going forward that was one game away from the NBA Finals and has so many assets and so many talented players to boot. Just last season the team won 55 games despite losing Irving for the last quarter of the season to knee surgery and forward Gordon Hayward to a season-ending knee injury on opening night versus the Cavaliers. They also had two all-stars and two participants in the rising stars challenge just showing the depth and future this team holds at it’s finger tips. Next season they’ll trot out three perennial all-stars and potential superstars Jaylen Brown and Jayson Tatum who’re only 22 and 20 respectively as they pose the greatest threat to a Golden State Warriors three-peat and are well positioned to find success both now and five years down the road. The truth behind this deal is that general manager Danny Ainge out did himself yet again. He managed to add an alpha dog and leader for his young team that has championship experience for very little in the grand scheme of things, as now his only job is to ensure Irving re-signs post-2019. In conclusion, after this one I don’t expect many general managers to do a deal with Danny Ainge again, as he has a tendency to make the rest of the NBA look very very foolish. 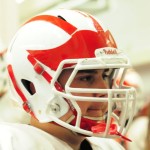