With Kobe Bryant retiring in 2016, it was certainly the end of an era for the Lakers. The future hall of famer spent 20 seasons with the Lakers and won 5 NBA championships during his time in LA. Despite Kobe retiring in 2016, Lakers basketball really hasn’t been interesting since 2010, when they beat the Celtics in 7 games in the NBA finals. 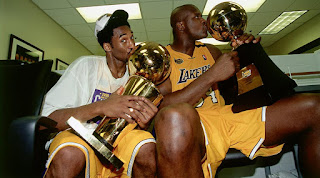 After Kobe’s departure, the new era of Lakers basketball got off to a fast start with the number 2 pick in the draft being Lonzo Ball. What made this pick so interesting is how Lonzo’s loud-mouth father, Lavar Ball, predicted that this would happen much earlier in the year.

Despite many fans, even Lakers fans, not being too fond of Lavar, his statements certainly created hype around Lonzo Ball and the Lakers. With Lavar stating that Zo would be better than Steph Curry, there were a lot of fans who needed to see for themselves. With Lonzo’s first summer league game happening early July of 2017, the UNLV stadium sold out for the first time in summer league history. Despite Zo’s struggles early on, he ended up being Summer League MVP, and showed a lot of promise for the regular season. His performances even drew the attention of Lebron James, who seemed quite impressed with Zo’s passing ability.

One player that also stuck out during the 2017 summer league was Kyle Kuzma. Drafted as the number 27 pick, Kuz balled out all summer league, and even went on the win Finals MVP in the championship game. Kuzma, however, seemed like an afterthought due to the amount of hype that was centered around Lonzo Ball. 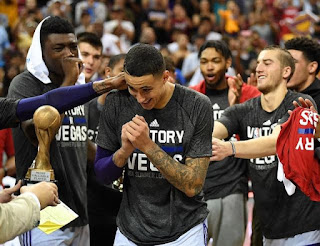 Despite a successful Laker’s summer league, the regular season was quite different. The Lakers went 35-47 and finished 11th in the Western Conference. It was a season troubled by injuries, where Ingram, Zo, and Josh Hart all found themselves out of the line up for extended periods of time. The Lakers also fell victim to a trade with the Cavaliers where neither team ended up benefitting. The Lakers lost two young players in Larry Nance Jr and Jordan Clarkson in exchange for an injured Isaiah Thomas and a 35 year old Channing Frye. Although a disappointing season, the young stars like Zo, Ingram, and Kuz showed flashes of brilliance from time-to-time. Something to keep Laker fans optimistic for the future.

Fast forward to now, and once again, Lavar Ball predicted what would happen: Lebron James joining the Lakers. With the possibility of joining the Rockets, Sixers, and even returning to Cleveland, the entire NBA was shocked when Lebron announced his decision to move to LA. (Especially considering Paul George had committed to remain with OKC just a few days prior.) In addition to the King, the Lakers have added players like Lance Stephenson, Michael Beasley, and more importantly, Rajon Rondo.

The acquisition of Rondo is interesting for a few reasons. Throughout his career, Rondo has been known to be the floor general, and works best with the ball in his hand. Sounds like another player who just joined LA, huh? It will be interesting to see how well Lebron and Rondo are able to mesh, considering they both had similar play styles on their former teams. It’s also unclear if Rondo will start over Lonzo. Clearly Luke Walton has his work cut out for him, as adding Rondo to the mix has created much uncertainty at the point guard position.

There is, however, no uncertainty that this Laker season will be entertaining as hell. Adding Lebron to anything makes it must-see TV, but the combination of Lance and Michael Beasley should make it pretty ridiculous.

With the Kawhi to LA possibility on pause for a year, it’s difficult to call the Lakers a legitimate threat for the 2018-2019 season. One thing is for certain though: The Lakeshow is Back.