Skip to content
NBA Popular
With the Golden State Warriors winning their 3rd championship in four years, we can’t deny that they are basketball’s new dynasty. The Monta Ellis/Baron Davis days are over and after viewing this year’s NBA playoffs, it’s interesting to think about how things have transpired for the Warriors over the past four years.

So how exactly did we get here? Amazingly enough, it all started with one of the first Curry vs. Chris Paul matchups, where the Clippers beat the Warriors in seven games in the first round of the 2014 playoffs. Considering that the Warriors were missing big man Andrew Bogut (how funny does that sound now?), they put up a good fight and showed a lot of promise as an up-and-coming team. To people watching this team closely, it was visible that they had a bright future. The problem is, not many were watching this team closely. Not even current “Warriors fans” 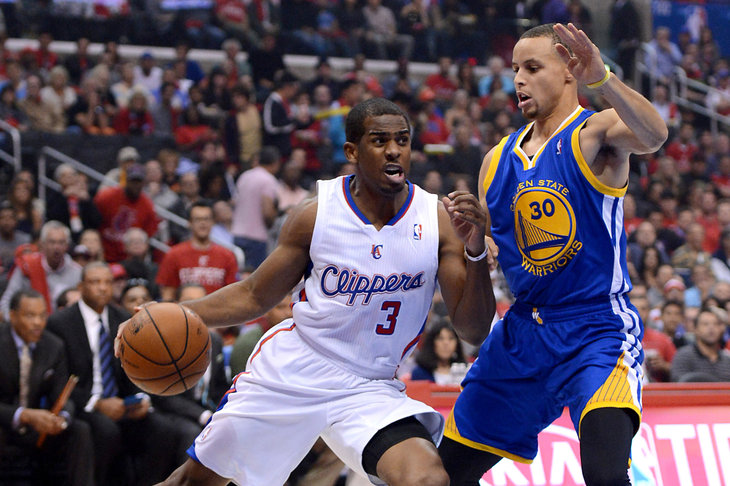 Despite the visible potential of this young team, nobody could have predicted the immediate emergence of Steph Curry. From 2014 to 2015 Curry went from Damian Lillard comparisons to becoming the most outstanding player in the regular season. It was a perfect season for Steph and the Warriors with Curry winning the regular season MVP and the team winning their first NBA Championship in 40 years. “Warrior fans” were now on the bandwagon. The crazy part: this was just the beginning. 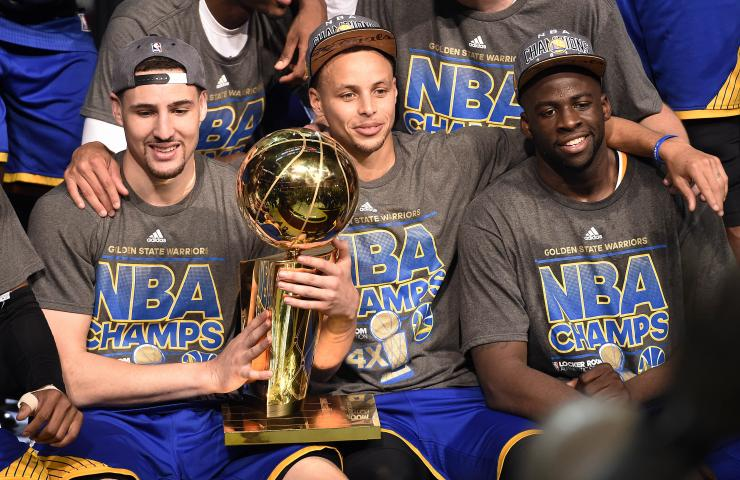 The following season, this same Warriors team went 73-9, an NBA record that will probably never be broken. Curry was the unanimous MVP, and the Warriors earned themselves a trip to the finals. This of course came after overcoming a 3-1 deficit against the OKC Thunder in the Western Conference Finals, highlighted by a clutch game 6 performance from SG Klay Thompson (41 pts). 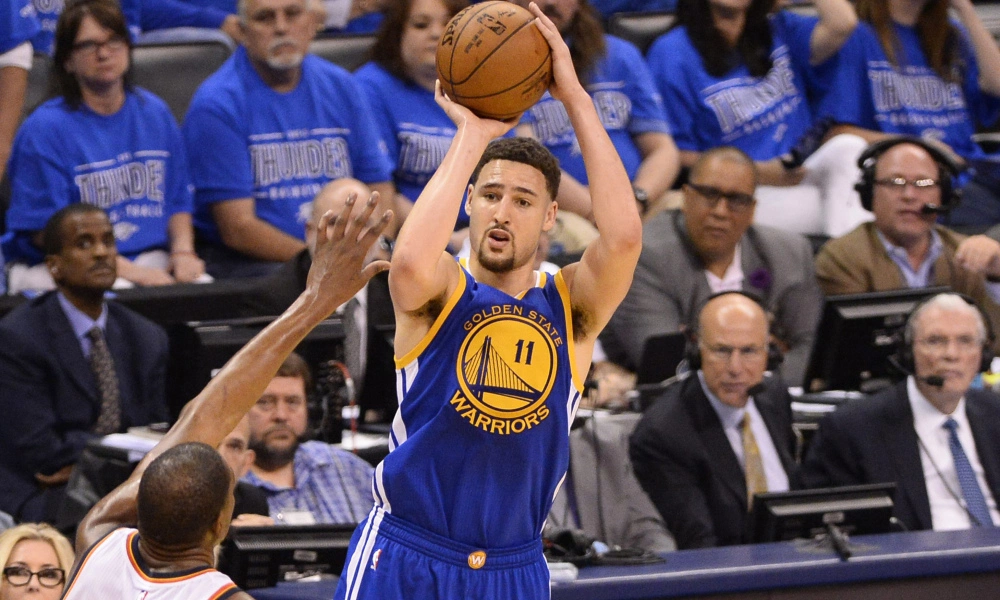 Of course we all know what happened in the 2016 NBA Finals: The Warriors blew a 3-1 lead, thanks to clutch performances from Lebron and Kyrie Irving in games 5-7. For those who haven’t seen it, please watch the highlights of games 5-7. This was one of, if not the best finals series in NBA history. The best part is that the 3-1 meme still lives on today. 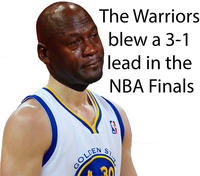 What happened next was a turning point for the entire NBA. Just a month after losing to the Warriors in the Western Conference Finals, Kevin Durant of the OKC Thunder made one of the most controversial decisions in sports history. The man made a July 4th announcement to join the 73-9 Warriors, leaving the entire sports world astonished. It was a coward move. 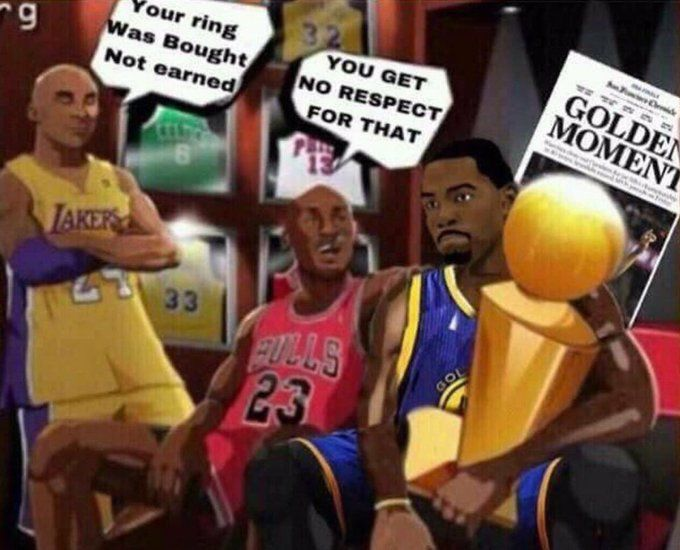 Fast forward to 2018 and it’s the same result that we all predicted: The Warriors are champions once again. And despite a tough seven game series with Houston, there was never any doubt that the Warriors are still the most talented team in the NBA. Throughout social media and message boards you’ll find common consensus that the Warriors ruined the NBA  and it’s pretty justified to believe so. And what’s terrible about the Durant move is that the NBA is now in a weird phase where opponents feel that they need to absolutely stack their teams to compete. The scariest part is that a hypothetical Lakers team with Lebron, Kawhi, and Paul George (Signed long-term with OKC) probably still wouldn’t beat this Warriors team that just added All-Star Center Demarcus Cousins. It appears that the Warriors will be dominant for years to come with a championship core in place and a neverending carousel of former All-Stars and role players willing to take less to play alongside them.

Before adding KD to their roster, the Warriors were a respectable organization and it was impressive to see how they built their team from the ground up through drafting the right players. It wasn’t until the addition of Kevin Durant that NBA fans really started to hate the Warriors. With this being said, the purpose of playing in the NBA is to win, so it’s hard to knock the Warriors for trying to put themselves in the best position as possible. Winning as many championships as possible at the end of the day is the goal, but players often times get remembered for their actions and the impressions they left rather than the statistics or trophies that they collect.
(I think Allen Iverson is a perfect example here). 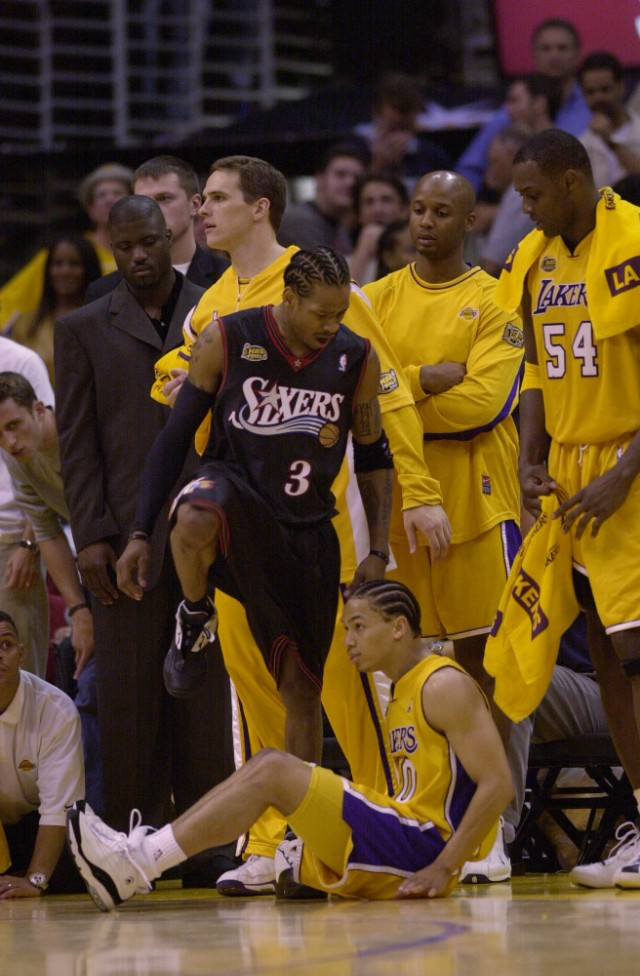 While someone like Stephen Curry loves winning, it’s hard to think that he doesn’t have his own legacy in the back of his mind. So with this level of dominance that the Warriors possess, it’s interesting to think about how Durant joining the Warriors has impacted Curry’s legacy both positively and negatively.

By adding a Top-5 player and former MVP to their roster, it has certainly limited the number of opportunities for everyone on this Warriors team, especially Curry. People forget that in the 2015 and 2016 season, Curry was the new face of the NBA. While Lebron was certainly the best all around player, Curry was the next big thing, and certainly the most popular player in the NBA especially among the NBA’s younger fan bases.. During the 2016 season, Curry was the best player on the best team. Sports analysts went as far as saying that he was the best player in the NBA. (Despite the disrespect to LeBron and his evident talent).

Now with the addition of Durant, the Warriors have stayed dominant and extended an already open championship window. However, many seem to have forgotten about Steph. With Durant winning the Finals MVP in 2017, it became evident that KD was the new best player on this Warriors roster. Steph may have added another ring in 2017, however he was forgotten and completely removed from the discussion for best player in the NBA. Moving forward to 2018, it was the same story. While Steph had one of the best finals performances of his career, KD still outshined him and won Finals MVP for the 2nd year in a row. Both players had on and off games and many fans thought that Curry got robbed of the award.
Accurate meme of Curry during the trophy celebration: 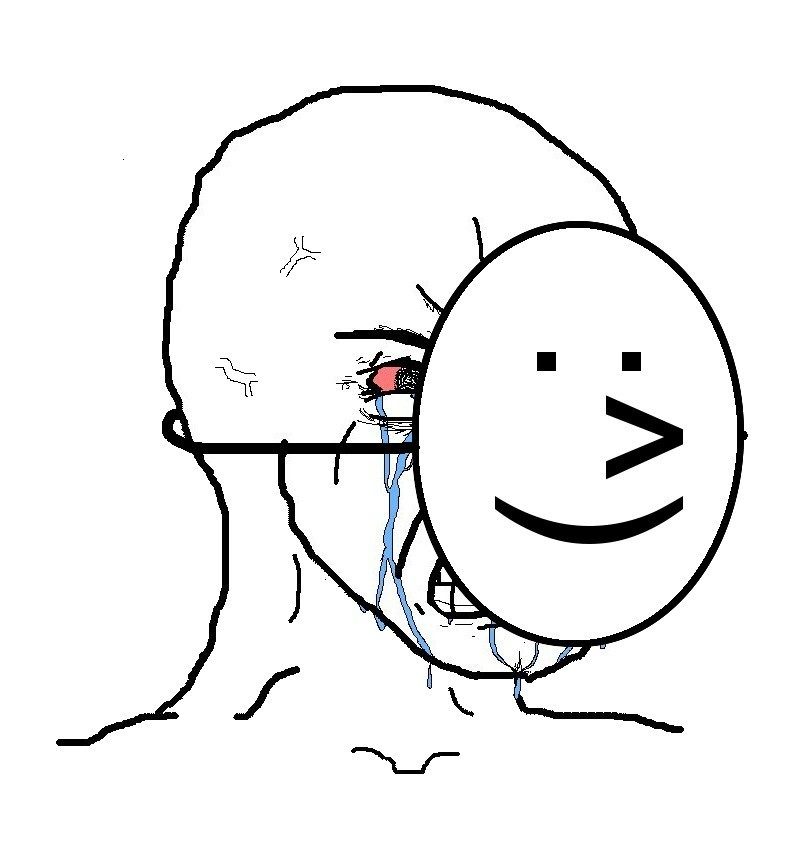 While a player is told to “put the team first” it’s hard to imagine that these players don’t value their personal performance more than anything else. If you look at game 3 of this year’s Finals, you can see that Curry was visibly upset after shooting 3-16 from the field and ultimately ruining his chances of winning the Finals MVP award.
Keep in mind that despite these struggles, they WON this game. And Steph was still upset due to his own personal performance. It is no question that Durant has hurt the legacy of Steph Curry. As a result of Durant joining the team, Curry isn’t only getting robbed of awards in the postseason, his regular season numbers have also suffered. Curry finished 3rd team All-NBA behind Lillard and Westbrook at the point guard position. I know he was injured for a period of time, but keep in mind that this is only two years after winning the unanimous MVP. When looking at the media’s attention of Steph, those same analyst calling him the best are now re-focusing on Lebron and sometimes KD.
Here’s a video of Allen Iverson listing his top 5.
With the addition of KD, people do not value Stephen Curry nearly as much as they once did. The same could be said for Klay Thompson, but that’s another article in and of itself. As readers of this article, what are your thoughts? Do you see this Warriors team sticking together long-term? Or will Steph, Klay, or maybe even KD’s cupcake head-ass choose to leave for something a little more rewarding. We’d love to hear your thoughts.